My Search for Jewish Cooking in France

What is Jewish cooking in France?

That is the question that has haunted Joan Nathan over the years and driven her to unearth the secrets of this hidden cuisine. Now she gives us the fruits of her quest in this extraordinary book, a treasure trove of delectable kosher recipes and the often moving stories behind them, interlaced with the tumultuous two-thousand-year history of the Jewish presence in France.

In her search, Nathan takes us into kitchens in Paris, Alsace, and the Loire Valley; she visits the bustling Belleville market in Little Tunis in Paris; she breaks bread around the observation of the Sabbath and the celebration of special holidays. All across France she finds that Jewish cooking is more alive than ever. Traditional dishes are honored, yet many have acquired a French finesse and reflect regional differences. The influx of Jewish immigrants from North Africa following Algerian independence has brought exciting new flavors and techniques that have infiltrated contemporary French cooking, and the Sephardic influence is more pronounced throughout France today.

Now, with Joan Nathan guiding us, carefully translating her discoveries to our own home kitchens, we can enjoy:

These are but some of the treasures that Joan Nathan gives us in this unique collection of recipes and their stories. In weaving them together, she has created a book that is a testament to the Jewish people, who, despite waves of persecution, are an integral part of France today, contributing to the glory of its cuisine. 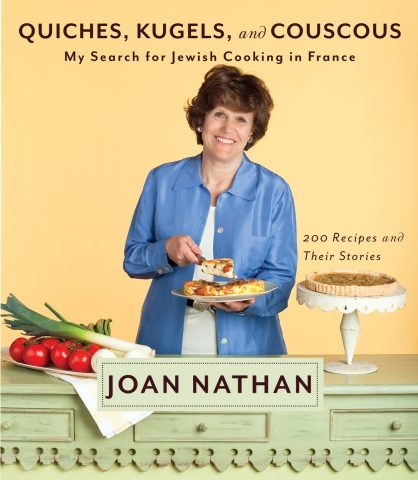