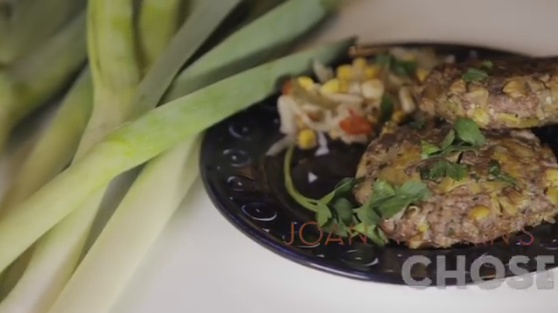 “Fry Up Something New for Hanukkah” via Tablet

1. Preheat the oven to 425 degrees and rub a large-rimmed baking sheet with a little of the oil. Toss the leeks with more oil, 1 teaspoon of the salt, and half the pepper. Spread the leeks out in a single layer (use a second baking sheet if necessary) and roast, tossing frequently, until golden brown and crisp at the edges, about 20 minutes. Cool to room temperature.

2. Chop the leeks and mix with the meat or potato, eggs, cinnamon, allspice, cayenne, parsley, matzo meal, and remaining salt and pepper. Form into 12 patties, roughly 3 inches wide. Heat a frying pan with a thin film of oil. Brown the patties until golden on each side, making sure they cook through.

NOTE: If substituting potatoes for the meat, add a little Parmesan cheese to the potatoes for some extra flavor.